How to hire a Newark Immigration Lawyer
Schedule an appointment

How to Hire a Newark Immigration Lawyer 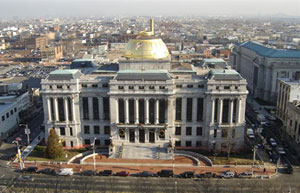 When it comes to filing for any immigration benefits there is a substantial amount of paperwork involved.  It would seem that everyone would hire a lawyer to process an immigration case, but that is not what always happens.  In many places such as Newark, New Jersey, there is a teeming "quasi" underground business of immigration forms preparation.  In many instances, these businesses call themselves immigration consultants or Notario Publicos, and some even hide under the guise of travel agents and translations services, and other such businesses.  They all charge less than license Newark immigration lawyer, but they are unable to provide the service of a true immigration lawyer.

In Newark, New Jersey, as in other cities and states, there are many such immigration consultants who offer to help obtain legal residency. Some of them are honest and hardworking and limit their work to forms preparation without to resorting to making believe that they are licensed New Jersey Immigration Lawyers. Some of the consultants are former employees of the Immigration Service or were U.S. consular employees.  As there is NO LICENSE for immigration consultants and NO EXAMINATION needed, you can imagine the inconsistency in the quality of the work.  Consultants, unlike a licensed Newark Immigration Lawyer, are not subject to discipline by the Bar Association and normally cannot be held for damages for their work product.

And there is no guarantee that when they complete the immigration forms that they know how to conduct a proper review, the way a licensed Newark Immigration Lawyer would do, to prevent needless complications and possible deportation action.  To make a complaint against an Immigration Consultant click here.

In the United States, Notaries are authorized to compare signatures and certify "notarize" that the signature on a form is that of the person who is named on the form, take oaths, or certifying a copy of the paper.  But that is not so in many foreign countries.  In Latin countries, Notarios hold an esteemed position very similar to lawyers.  The Notario prepares documents and reviews their execution and in some countries may have the power of law.

New immigrants get confused and believe that an American Notary has the same power and place in our society as that of a Notario in their country.  The immigrant believing that a Notario is like a licensed lawyer hires the Notario and in many cases, find themselves in "hot water."  In the United States, most anyone can become a Notary Public, by filling out an application and taking a very simple test.    To make a complaint against a Notario Publico click here.

There are some travel agencies and Translation services that go well beyond their corporate charter.  They engage in similar activities, that the Notario Publico and the Immigration Consultants are doing by acting like a licensed Newark Immigration lawyer.  However, in most every case, these agencies do little more than type up the immigration forms, not knowing what the immigration service in truly asking in each question. In many cases, their clients do not get the "Green Card" they believed was forthcoming, instead, they receive a Notice to Appear" for a deportation hearing in Immigration Court.

If you're going to hire an immigration lawyer, you need to do your research. A good lawyer will be worth every penny you pay him, but a poor one may wind up adding to your problems and costing a lot more in the long run.